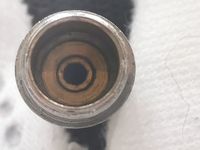 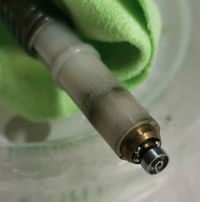 The chunk and chunk ball in A701 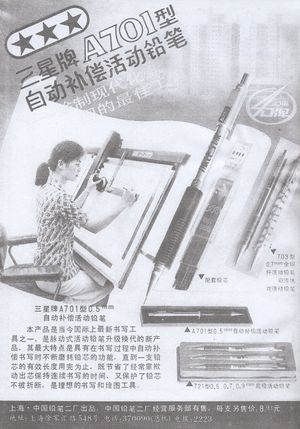 Advertising Posters of THREE STAR A701 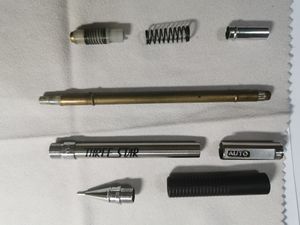 The THREE STAR A701 was first released around the mid-1980s. It’s the first Auto-Advance mechanism pencil in China.It is also true that this pen has many imperfections, but still can prove the technical level of the pen industry in China during that period.

This pencil imitates Tombow variable on the appearance, but also has a pen cap. The weight of the whole pencil is about 16 g0.016 kg
0.564 ounces
. The barrel is made of stainless steel, while the grip is made of plastic. The model is engraved between the barrel and the grip.

The biggest drawback is the guide pipe of this pencil. It does not fit tightly with rubber lead holder, since this is the first attempt by the factory. Subsequent launches of the THREE STAR 705 solved this problem by using a wire lead holder similar to tk-matic L.

The mechanism of this pencil is similar to Pentel PN105, which has 4 chuck balls in its movements, making its structure more stable.