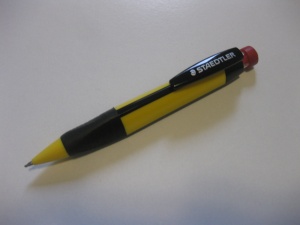 The Staedtler 771 mechanical pencil is made in Japan and using 1.3mm leads. It was first presented at Paperworld in January, 2008. The pencil commenced sales in Germany in May, 2008.[1]