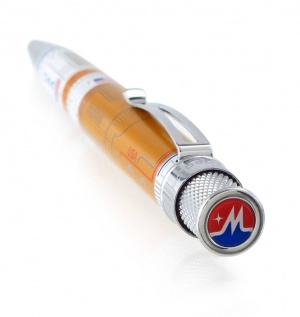 The 730 pens in this model sold out in one day. Some retailers took pre-orders and others just got swamped with orders as the pens arrived. The number 730 was chosen because it is the estimated number of days a mission to Mars will take.

For decades NASA has sent orbiters and rovers to gather intelligence that will help us learn about Mars and the ability to land a manned mission. The latest Tornado Popper, Mission to Mars recognizes the imagination that first started in the pulp comics of the 30s - 40s to the reality it has become less than a century later. This Tornado barrel is printed with graphics reflective of the future rocket that will launch this mission complete with logo top disc and numbered top ring. Pick up one of these collectible rollerballs (numbered edition of 730) because they’re going to blast off in 10…9…8… 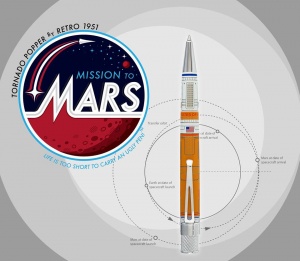 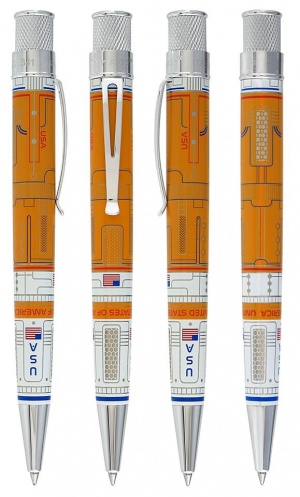 Mission To Mars All Sides 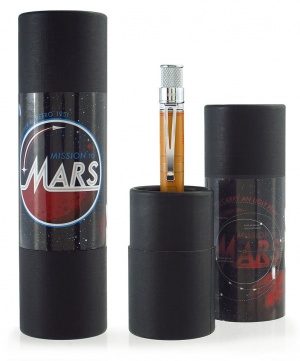 Mission To Mars in Tube
Retrieved from ‘https://stationery.wiki/index.php?title=Mission_To_Mars&oldid=6525’
Category: